Compared to other source components, the output of hierarchy components is fixed. It always has the same columns for every hierarchy, as described in the following:

NextNodeID
Key for next node in the same hierarchical level.

InfoObjectName
Name of InfoObject behind the corresponding node.

NodeText
The descriptive text in the respective logon language (only when FetchText is set to true in the settings).

The original hierarchy of PM_COUNTRY looks in SAP as follows: 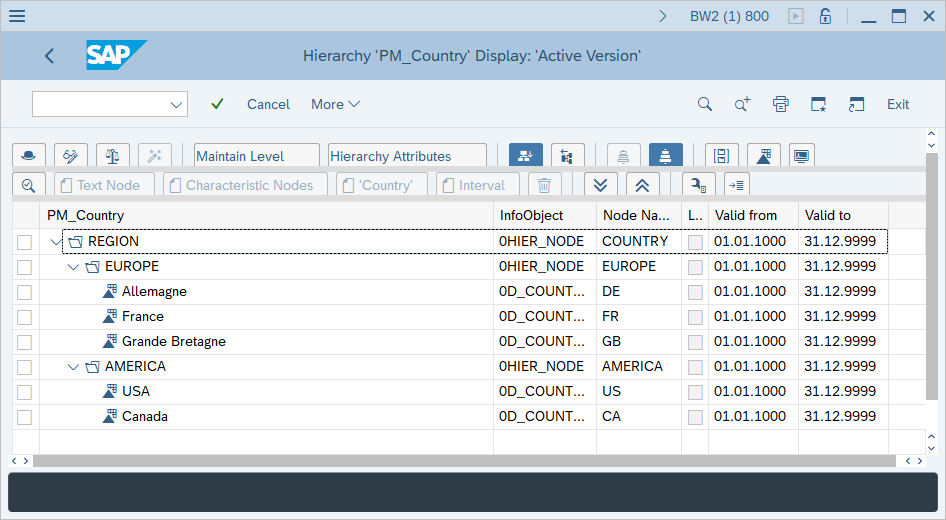 The output looks as follows: